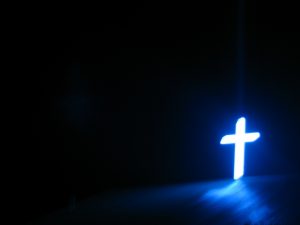 They said we focused too much on dress and appearance, so we bought new clothes that looked old and got new hairstyles that (we hoped) looked younger, and made very Sunday Casual Friday.

Basically, people said they didn’t want to feel like sinful humans who need a savior, so we’ve done everything we can to help them squelch their conscience.

Instead of telling them that sin will slowly rot away everything meaningful in their lives, we’ve taught them coping mechanisms to deal with sin’s symptoms.

When we should’ve been preaching about finding life in Christ, we we were holding classes on how to love yourself.

None of which Jesus did.

He walked into their businesses and demanded that they follow Him.

He told them they had to love Him more than they loved their families.

He put them in boats in the middle of storms, forced them to confront demonic spirits, chastised them for not being able to pray for one hour, set them at odds with their own religious leaders, and even called them devils.

He didn’t seem to care much about their feelings or emotional hang-ups or the baggage they carried from past relationships.

In our quest to make Church more attractive, we’ve moved Jesus further away.

We claim the promise of Jeremiah 29:11, “For I know the plans I have for you,” declares the LORD, “plans to prosper you and not to harm you, plans to give you hope and a future,” but have no room for the cross Matthew 16:24 says is part of those plans.

I know. The old traditional way of doing church isn’t faring so well, either. Hundreds of them are closing every year.

Connecting with God is more than finding a spot where you feel comfortable. The Bible reminds us of that on almost every page. Yet, we think we can humanize it, make it less painful and always enjoyable.

The altar reminds us of the conflict between sin and righteousness. The baptistry insists upon a death and a burial. That conflict must be resolved before finding the place we want to hurry everyone into: that place were no one feels condemned, lost, or unloved.

The process IS the purpose.

It’s only after the death (repentance) and burial (baptism) that new life (Holy Spirit) comes (Acts 2:38).

The building you meet in really shouldn’t matter. It’s what goes on in real life that matters. That’s why Jesus taught often on the seashore and on hilltops.

Make church fun and enjoyable for everyone. Create a pleasant and comfortable environment for everyone to experience.

But make sure the process remains the purpose. Because no matter how nice you make the buildings, nothing you do can reach into a man’s heart and soul and exchange his sin for God’s righteousness. Your job is not to teach people how to cope with sin’s symptoms, but to bring them to the uncomfortable altar where the healing process begins.