Don’t Forget Who You Are 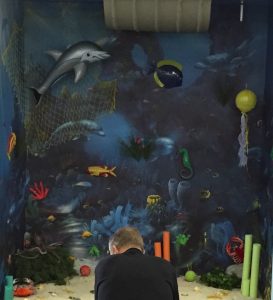 The whole world sings the praises of Martin Luther King. This man, with dignity and poise, changed the face of America. His actions forced radical changes within our country, and did more for the fair treatment and honoring the civil rights of all Americans than just about any other individual.

If you want to force change, wouldn’t it make sense to follow his pattern? Especially if you are going to allude to his memory?

But, no. All these recent protestors, many who want to align their cause with his, don’t come close to protesting like he did.

Martin Luther King clearly articulated his cause. His passionate speeches ignited fires in the hearts of anyone who would listen. The only fires today’s protesters can ignite is when they are burning down somebody else’s car or business.

The dreams those screaming into microphones at these recent protests have are not about bringing all Americans together to enjoy the common good of our country.  All they can do is hurl threats and vulgarities that would have embarrassed anyone with a third grade education one generation ago.

Reverend King refused to accept violence as a viable means of protest. Love, he said, was far more persuasive.

Today’s protesters? Violence seems to be the point of the protest – so much so, that they even destroy the businesses of their most ardent supporters.

It’s a bit funny, but not surprising, that so many Hollywood stars are front-and-center in these events. Those who spend their lives pretending to be somebody else find it easy to pretend to be the heart and soul of a nation they don’t even know any more. So clouded with arrogance, they don’t even realize how out of touch they’ve become.

Who, besides our entertainers, schedule multiple yearly events to congratulate themselves on the great work they do? When was the last time a group of plumbers got together and gave a golden globe to their buddy whose work prevented a city-wide water shortage? When did you ever see electricians celebrate the guy who endured the coldest temperature to restore service to a family’s home? Where’s all the pictures of the EMT’s in tuxes on the red carpet as they gather to congratulate the ones who pulled the worst injured victims out of wrecked cars?

Perhaps they are out there, but if so, the networks didn’t cover them in our area.

No, it’s those who make their living selling us songs and movies and suing us for copyright infringement that gather to pander to the press and tell each other how wonderful they are.

The people who actually make the world work don’t have time for such indulgences. Even if they did, they aren’t so insecure that they need someone to throw a party three times a year to tell them how wonderful they are.

So, when the Hollywood elite threatened to make no more movies until the world went back to working the way they want it to, I admit that I grinned. And that would bother us, how?  A strike by my little town’s sanitation workers could be far more troublesome to far more people.

Oh, I know there are lots of people who work supporting the entertainment industry who would suffer for a day or two. And I doubt that the multi-millionaires whose careers they service would offer a hand. But there would be lots of ordinary folks who would help them get back on their feet.

My point in all of this is to remind us all to remember who we are. The world does not owe us anything. Neither does it revolve around us. Our custodians, waiters, truck drivers, sanitation workers, and hard-working people just like them affect our daily lives in far greater measure than the self-appointed elites who want only your adoration and your money.

When you get a microphone, remember that it’s about all of us – not just you. If your cause is worthy, then you don’t have to tear down the other guy’s to prove it. If your dream can’t exist without ripping apart someone else’s, then you might want to give it a thorough second look. And if all you’ve got is a bunch of names to fling at those who disagree, well,  that’s pretty pitiful.

If hope isn’t at the core of your message, then lay the mic down and walk away.

Don’t forget who you are. If you don’t wake up tomorrow, the world will go on. Live like you know that and you’ll be surprised by how many people will want to hear what you have to say. Then you won’t have to scream obscenities in public and embarrass your sane relatives.

There are exceptions to everything – here is a star who is quietly making a difference.