When You Don’t Meet The Expectations Of Others 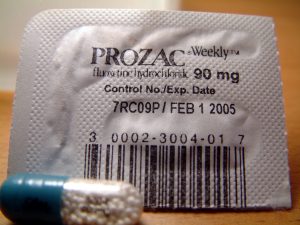 I wonder how many of those conditions are tied to a sense of worthlessness caused by failing to live up to what others expect of them?

We’ve raised a couple of generations of self-absorbed offspring who are grossly offended by any act or expression that even suggests they could be wrong. I’m not talking about this kind. But knowing that you have disappointed someone you care deeply about hurts. Especially when you realize that you don’t have the ability to be or do what they demand.

So, what do you do when you can’t meet the expectations others set for you?

A good place to start is to see what John Mark did when he disappointed the great Apostle Paul (Acts 15). While his prior failures may have caused Paul’s distrust (he left the mission team before the tour was finished), John Mark now was caught in a debate between Paul, who didn’t want him on his team, and Barnabas, who thought he should be included. The whole story isn’t described, but because we know that years later Paul sought John Mark’s assistance (II Timothy 4:11), we can make a couple of assumptions.

If you haven’t already, you will soon learn that you’ll not be able to please everyone. You will find that even those you love the most will not understand what makes you tick, nor will they always appreciate the quirks that make you unique. They won’t recognize your strengths and weaknesses, and will think you should sing just as good as your older sister.

When it happens, remember John Mark. Learn to manage your feelings so they don’t manage you. Don’t quit. You can’t make a difference if you take yourself out of the game.

Remember that you were neither created nor called to meet the expectations of those around you. The One who made you is the One who called you, and, ultimately, His opinion is the only one that matters.

Set yourself free from the chains of unrealistic expectations and let your ministry blossom.

America, Meet Your Next President!

When We Mess Love Up