The Three Responsible For Your Success

Looking for success? Have dreams you wish would come true? Studies show that only 8% of people who set goals each new year actually reach them. You’ll probably just keep on looking and wishing — unless you identify the three people who can make it happen, and make them get to work.

So, who are these three people? They’re people you already know. You know them quite well, actually. And, believe it or not, you are already their boss. They are always available and always on call, but they do nothing until you insist.

Okay, it’s really not three different people, but it’s three very different forms of one person: YOU! Whether you realize it or not, you do have these three fellows living inside you. How you control and maneuver them will influence your future more than anything else you will ever do.

END_OF_DOCUMENT_TOKEN_TO_BE_REPLACED 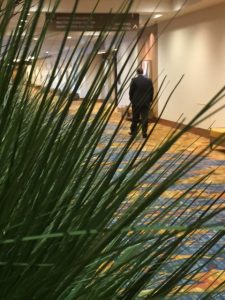 A pastor’s worst nightmare occurred just a few weeks ago on a rural Texas highway when a pickup truck slammed into a small church bus loaded with senior citizens. Thirteen people died – including the bus driver.

One moment, a fun church outing. The next, a church in crisis.

How does a church minister to thirteen grieving families at the same time? It would be difficult enough if the dead and the hurting were all strangers, but these were all family and friends who lived and worked and worshipped together. How do you grieve the loss of your dear friends, while trying to be strong and minister to their families?

And for the bus driver’s four children, their loss was compounded by the sudden death of their mother just a few days later.

This church and city are suffering tremendous loss, and continue to need the prayers of every believer.

END_OF_DOCUMENT_TOKEN_TO_BE_REPLACED

Don’t Chuck Your Muck In My Dustbin

It’s a verse from the old children’s song Seven Bottles of Pop. My kids played and replayed that tape until I prayed it would dissolve inside the player. It didn’t.

I’m not sure what the muck somebody didn’t want chucked in their dustbin was that inspired this little tune, but I’m getting more than just a little tired of all the muck being spewed at me by every broadcasting means known to man.

I passed the fifty-years-old mark more than five years ago. I’ve known men who liked other men, men who wanted to be women, and I’ve observed folks who resorted to all sorts of creative ways to harm themselves. Ain’t nothing new there. This abnormal behavior has been going on ever since Adam’s son killed his younger brother because God wouldn’t change His rules to suit him. A casual review of history will reveal that every era and culture included some humans who ventured outside the lines of normal behavior. An occasional cannibal or real-life Tarzan stumbles out of the jungle every so often.

END_OF_DOCUMENT_TOKEN_TO_BE_REPLACED

One of the five books that

impacted my life the most in 2014 was a short self-published book called The Church On Godless Lane. Written by missionary William Turner, the book is a collection of his experiences while serving in Russia and other countries that were once part of the Soviet block.

I gave my copy to a friend, and so instead of including a photo of the cover, I’ve attached a picture of the Turners.

(To read more, click the READ MORE link on the left below)

END_OF_DOCUMENT_TOKEN_TO_BE_REPLACED

I’m going to give away five books in the next few weeks. Here is how it will work.

Over the next few weeks, I am going to write short reviews on the five books that influenced me the most in 2014. These books are not necessarily on my all-time favorites list, nor are they deeply spiritual or intellectual, but are simply things I read that gave me direction or insight at a crucial time during these past twelve months.

I will draw names from my email subscribers list and will give away at least one copy of each of the books I review. If you aren’t on my list, it is easy to subscribe. Just fill out the short form that will pop up . You can be sure we won’t bombard you with email nor will we share your address. We will use it only to contact you when I have a message or announcement I think you would want to hear.

I have also written a couple of books and have a few others that I give to friends. I may give a few of those away, as well.

Thank you so much for reading and following my blog. Please leave a comment and let me know what you think.

God’s best to you this wonderful season!

It happens thousands of times every summer. Noisy teenagers crowd onto buses and head off for exciting times at summer camps. Five days later, parents, anxious to see their kids, gather on the church parking lot waiting for the buses, loaded with sleepy teens and dirty clothes, to return.

Someone gets a text. “We’re five minutes away.” Parents get out of their cars. Little brothers and sisters run to the edge of the road, wanting to be the first to catch sight of the bus. Smiles and hugs are passed around as anticipation builds.

END_OF_DOCUMENT_TOKEN_TO_BE_REPLACED

Food is central to lots of church events. Here in west Tennessee, wild game suppers are huge among the hunters and fishermen who take great pride in their rub, marinade, and grilling skills. Some of the best eating you’ll ever experience can be found in little rural churches scattered around the south.  And the menu may include delicacies such as squirrel stew and baked coon. The importance of food, even wild game suppers, to attract folks to church, is well-known and encouraged by organizational agencies.

But sometimes things can go wrong.

A St. Patrick’s Irish Picnic became a nightmare for a Tennessee community when more than fifty people became ill after eating food served at the event. Health department investigators were seeking the cause for the rash of illness which included a few cases of salmonella.

What does your church do to make sure your food is served safely?

Do you have folks with basic food safety knowledge who manage these events for you?

Is someone responsible for insuring that your church kitchen and equipment is clean and safe? Is there a record of cleaning or service to equipment? Are food and supplies properly stored?

The likelihood of a food disaster striking your church is small and food-borne illnesses are easy to prevent. By placing a knowledgeable person in charge of your kitchen and food service events, you can virtually insure your congregation that the only crisis that will ever occur in your kitchen is when the chicken is gone before the preacher gets to eat.

Crisis Intervention is a term that has been batted around for a few years, and has acquired a couple of different meanings in the process. It is a major theme of critical incident stress management (cism) which has been around since World War One, and more recently, used to describe dealing with the mentally ill during especially difficult episodes. When speaking of crisis intervention, I am referring to the CISM version.

Crisis Intervention is taking action to help someone (or a group of people) who has been emotionally overwhelmed by a traumatic event or series of stressful events. This intervention is not a complex or complicated system that can be administered only by highly trained professionals, but is a series of actions that can be learned and applied by almost any caring adult. The goal is not to analyze the person or attempt to diagnose some behavioral flaw, but to simply assist the individual in overcoming the emotional flood that has them temporarily unsettled.

The word crisis means different things to different folks. In CISM, a crisis is NOT an event, but it is a response to an event. Bad things that happen are called critical incidents. Whenever a critical incident causes a person to be upset to the point that his or her emotions threaten to overwhelm them, then this is a crisis. Helping a person in this state of mind is what Crisis Intervention is all about.

Crisis Prevention is accomplished by education and training and by limiting exposure to risk. Teaching people how their bodies will react to stress and how to counter those symptoms prepares them to cope with the stress if a disaster occurs. Putting a crisis management plan in place before trouble arises creates an expectation of survival.

Postvention is the work that is done following an incident or crisis. This work includes portions of the Crisis Prevention steps and serves to provide both healing and hope to those effected.

Crisis Intervention has been around as long as humans have had to endure tough times. Being conscience of its power, and being skilled in correctly applying  it, is one of the best gifts a person can give to his fellow man.

Can You Crisis Proof Your Church?

Churches, by the very nature of their work, make themselves vulnerable to crisis and critical events. It is impossible to be the hands and feet of Jesus and live inside walls of red tape constructed by lawyers. Like firefighters running into the burning building everyone else is fleeing, our churches go looking for the troubled souls most other groups avoid.

Churches remain the heart and soul of America. Our government’s welfare system would melt from the overload if our churches suddenly stopped ministering to our neighbors in need. But our passion to help not only makes our churches vulnerable to accidents and other liabilities, but it makes them targets for those shady creatures who have learned to work the system to their advantage.

First, make sure your church is incorporated. Let a lawyer who is familiar with churches create bylaws that sets governing and financial controls in place. You can’t always stop the thief, but you can sure make it more difficult for him.

Make sure that obvious hazards are eliminated. Fill in the holes in the sidewalk. Don’t store old refrigerators and other appliances where children can get inside them or play around them. Keep your property clean and hazard-free.

Make sure you have insurance to cover medical expenses if someone is injured while on your property or riding in one of your vehicles. There are several companies that specialize in providing insurance to churches. Brotherhood Mutual, Guide One, and Church Mutual are among the better known. You can find others by typing “church insurance” into any search engine.

Simple things are often overlooked. Do you leave money in plain sight or in unlocked desks? Do you leave keys in vehicles? Are your buildings left unlocked when no one is around? It is easy for experienced criminals to learn your habits and take advantage of your trust.

These are just a few things that you can do to make your church less attractive to those who would do you harm.

Please let us know if you have specific questions regarding limiting your liability and exposure to crisis.