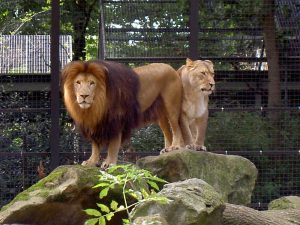 So, that day the serpent came gliding up to the tree next to Eve and started challenging what God had told them? Adam should have broken a limb from the tree and thumped a few knots on that critter’s head. Instead, they hung around and let that varmint plant thoughts of doubt in their minds, and convince Eve to question God’s intentions toward her.

Yes, Adam and Eve ate of the tree and messed things up.

But it was their sloppy attention to what God had put in their control that set them up for failure.

It’s easy to get upset at Eve for eating of that tree, but how well are you managing what God has told you to take charge of? How are things inside your domain?

At the beginning of a new year, folks make all sorts of resolutions and plans to change and improve their lives, but seldom do I hear anyone talk about resolving to take dominion over their world.

No, you can’t control the whole world, but you can decide what comes inside your house. What bands play there? Which Hollywood star gets a free pass to do or say whatever she wants in your living room? What sports heroes get idol status on your big screen?

And no, this isn’t just about church or religion. It’s about direction and values and deciding what is important for you and your family. Atmosphere and environment matters – in everything.

What words do you approve to express sadness, disappointment, or joy? How is anger managed in your house? What slang do you let folks use to describe your wife?

What chemical dependencies are encouraged inside your house? Do you teach your children that lying is acceptable under certain circumstances? Do they need to respect the police or care what their school teachers say?

What goes on where you have dominion?

If pointing fingers is your thing, you can blame your neighbors all day long. They won’t keep a job, they have the sexual morals of junkyard dogs, they won’t make their children behave, they waste their money on cheap beer and old boats, and they’re always two months behind on their rent.

But, how are things inside your domain?

I know our country is run by politicians we wouldn’t trust to watch our pets for the weekend. They look the tv camera in the eye and lie, they find sweet government jobs for their friends, they spend our tax money on expensive wine and fancy yachts, and they tell us we have all our problems because we don’t pay enough taxes.

But what about your house? What about those things you can control?

Resolutions are good. Dreaming about better days and times are, too. But dreams and plans and resolutions won’t help us one whit if we let our environment go to pot.

Before you resolve or plan any more, commit. Commit to taking charge of what God has put within your control. Commit to living by His principles, to model them for your children. Commit to having a home filled with peace instead of conflict, where people are nurtured by love and hope instead of wounded by selfishness and anger.

Commit to refusing access to the serpent and his ilk. Your house isn’t a democratic country. It’s a dictatorship, and the one paying the bills and doing the work gets to make the rules. Don’t apologize for not giving others a vote. Determine what’s important to you and take charge. Let the whiners weep and wail about discrimination and fairness and compassion for the serpent. It’s your life, and inside that house are life’s most precious treasures: your family. Defend their world!

First things first. If you take dominion over what God told you to, you won’t have to worry as much about somebody being tempted to eat the forbidden fruit.

Before you make plans or resolutions about your future, commit to defending it by taking dominion over what God has given you.

It's Your Brain's Fault!

Don't Forget Who You Are