Those Who Would Change The World 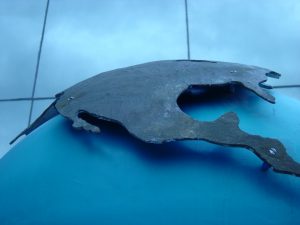 Little people spend their lives fighting other people. This kind lives and dies with their tombstones being the only noticeable change to the landscape.

The great ones, those who bring positive change to their worlds, are driven by passion and vision. These folks realize that time is too precious to waste fighting with those who disagree. Vision and Purpose are bigger than life and will outlast it. When you stop working on your vision to fight with your enemies, you become insignificant. The world is full of that kind.

Nehemiah did not build a wall around Jerusalem by forming an alliance with his enemies, but he moved men to action with his unwavering devotion to his vision of a protected city.

During World War Two, Winston Churchill did not call the British to action by telling them how awful and mean Adolph Hitler was, but he rallied them by pointing to the legacy that rested in their own souls, and telling them that their destiny was to be the men and women that future generations would look back on and say of England “this was their finest hour.”

Ronald Reagan was not elected President because he pointed out the democrats’ flaws, but he was chosen because he painted for Americans a vision of our nation as a city sitting on a hill shining the light of freedom and liberty for people everywhere; a beacon of hope for all nations.

Jesus Christ did not take a handful of religious misfits and turn them into a spiritual force that turned their world upside down by pointing out how out-of-touch and behind-the-times the Sanhedrin were, but He set this little group on fire by sharing HIs vision and telling them “You shall receive power after that the Holy Ghost shall come upon you, and you will be witnesses of me throughout the whole world.”

Those who would change the world must understand that people are not their enemies. Lethargy, laziness, and fear are the true adversaries and they are never routed by brute force, but only by a vision of something better than the present; something big enough to ignite the passions lying dormant in their fellows’ souls. It’s been said in different ways and attributed to several men, but the truth of the statement is sure: “Dream no small dreams, for they have not the power to stir men’s blood.”

Those who would change the world must keep the vision bright and refuse to be distracted by the taunts of their detractors, for not many understand and even fewer appreciate the change while it is in progress.

Those who would change the world must be willing to give their all. They must deem the cause worthy to die for, lest the desire falter before the goal is attained and the effort fizzles like a wet firecracker. The burden must hang heavy in their hearts so that even through the darkest of nights and the fiercest of trials the vision still shines when they close their eyes.

When the cause means more than life, then, and only then, will the tide turn.

Ask either of the Apostles, or the latecomer, Paul. Ask Americans like John Hancock and Patrick Henry. Abraham Lincoln. Martin Luther King, Jr.

The man who finds a reason for life that is bigger than life will change life for those who follow him.

The world seldom recognizes a world changer until they are gone. While they are here, they are usually avoided or ignored, but when that is no longer possible, they are ostracized and labeled radicals by their detractors.

There is a glory that is not earned by attaining some elite status. There is an honor that is not bestowed by human consent. But this glory and this honor comes from within one’s own soul, validating that this life was not contained to the years it spent on earth, but its effects will linger long after the moss has covered the name on the tombstone. This award, this gift, comes only to those men and women who never sought glory or fame, but who followed the light shining in the distance, always running toward the better day they saw just ahead.

And for them, that is enough.